In daily life as a police officer, the job is to respond to a call, fix the problem, and move on to the next call. In this training, officers learn to listen and respond without judgement or agenda. They are taught that time is relative and when speaking to an officer in need, there are no clocks. They build their skillsets and graduate the class having been through relevant, practical training that can be used in their everyday lives, both on the job and off.

We offer two types of training:

Both training programs have an online certification exam at the end of the class. Trainees have 30 days to complete the online exam and they have 3 attempts to pass it and get more than 90% to get a certified peer supporter status.

Covers topics such as but not limited to:

The leaders sit through the same 3 days class alongside teammate trainees. Additionally, they have one extra day of training where they learn the following:So, anything that goes above and beyond the peer support teammate’s role and responsibilities, the leaders get to learn on that additional day.
No. However, a new member department will have 12 months to get its share of peer supporters trained and active on the WeNeverWalkAlone™ list of peer supporters. Since WeNeverWalkAlone™ is a network, we need members to contribute 7-10% (typically) of the strength of their departments as trained peer supporters. So, a department of 50 sworn officers would need to have 4-5 officers trained to be part of the network’s pool of peer supporters. As the size of the department increases, the required percentage slides down proportionately. For example, Chicago PD, that has 13,000+ sworn officers, would only need to have 2-3% of its strength trained to contribute to the pool.
There are several firms that train officers to be peer supporters. Any program may be used as long as the program is consistent with the guidelines for peer support as proffered by the International Association of Chiefs of Police, reviews of other law enforcement programs, and peer support as a discipline.
You must attend all days of class. Each day builds on the information learned on the previous day. And because limited class size, officers develop relationships and bonds with their fellow peer support trainees. This training will challenge you and by the end of it, you will feel well-prepared for what may come your way. In addition to that, becoming a peer support officer is a commitment that you make to yourself and your department. The hours you spend in class will keep you engaged and learning. 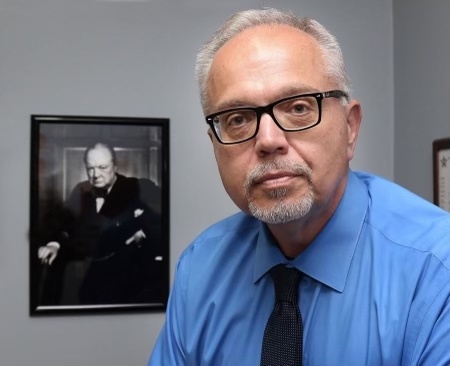 George Filenko has been in public safety for over three decades. His career began as community service officer. He served as a police and fire tele-communicator at North West Central Dispatch eventually being promoted to operations supervisor. George was appointed Director of Communications at the Deerfield Police Department where he supervised the construction of a state of the art 911 center. The Lake County Sheriffs Office appointed George to oversee a county wide transition to a 800 megahertz radio system and the construction of a countywide 911 center. George's initial goal was to become a police officer. His lifelong dream came to fruition when the vision requirements for police officers were changed. After two decades in emergency telecommunications he transitioned to police officer. George rose through the ranks working patrol, investigations, internal affairs, evidence served his department in every capacity, eventually he was promoted to Commander and Chief of Police. George retired February 2021 after 21 years of service and the longest serving police chief in Round Lake Park history. George worked as an investigator for the Lake County Major Crime Task Force rising through the ranks and becoming the longest serving commander of the unit. He led a number of high profile investigations. George has trained hundreds of police officers and Command personnel in Critical Incident Response as a trainer for NIPAS and the Illinois State Police. He has lectured at numerous conferences and several universities. George is a graduate of the Southern Police Institute and FBI LEEDA. He has been recognized by numerous organizations including the Illinois Bar Association, Lake County Chiefs of Police and the Lake County States Attorneys Office for his work in the area of homicide investigations. He has served on numerous boards and committees and is the past President of the Lake County Chiefs of Police. George cofounded the Lake County Opioid Initiative that received national recognition for its innovative approach to the opioid crises. George has appeared on CNN, FOX, MSNBC and other local and national media outlets. George immigrated to the United States as a child and speaks several languages fluently. He takes great pride in overcoming obstacles throughout his life and eventually achieving all his goals. John-Erik Anderson served with the Lincolnshire Police Department for over 25 years and held increasingly accountable positions that provided him the opportunity to experience the Department across all its broad functional responsibilities, both internally and externally. He started as a Patrol Officer; was certified as a DARE officer and became the Department's School Resource Officer at Stevenson High School. In 2002, John-Erik was appointed to Investigator, a position he held until he was promoted to Sergeant in 2014. As a sergeant, John-Erik supervised Investigations, School Resource Officers, and Patrol. John-Erik was a Deputy United States Marshal with the Federal Bureau of Investigation's Identity Theft Task Force and was selected as the Village of Lincolnshire Employee of the Year. As a result of his work as an investigator with other law enforcement officials at the local, county, state, national and international levels; John-Erik was selected to the Lake County Major Crime Task Force, after having been nominated by the Lincolnshire Police Department. The Task Force, comprised of 40 officers from throughout Lake County, investigates homicides, kidnappings, child abductions, officer-involved shootings, in-custody deaths, and other heinous criminal activities. John-Erik was promoted to Assistant Commander, with responsibilities for organizing and supervising surveillance and apprehension operations, identifying training needs, personnel evaluations, and Task Force policy formulation and administration. As an investigator, John-Erik was responsible for the management of major cases handled by the Department, which required the ability to work productively with internal and external law enforcement resources. He organized, coordinated, and directed inter-agency investigations working with local, state, federal, and international authorities. This collaboration resulted in the apprehension and successful prosecution of murder suspects, kidnappers, and persons accused of fraud, embezzlement and involvement in identify theft, and locally related postal cases. John-Erik led a kidnapping investigation whereby he located the 10 year old victim in Mexico. With the assistance of the FBI, he was able to get her reunited with her family. The offender was later convicted and sentenced to both state and federal prison. John-Erik helped to spearhead the investigation into the largest theft case in Lake County history (theft in excess of $7.5 million) and also led the investigation into the only drug induced homicide ever charged in Lincolnshire. Both cases resulted in felony convictions. John-Erik has completed more than 2,500 hours of professional training and development and also successfully completed the Northwestern Center for Public Safety School of Police Staff and Command. He earned a Bachelor of Arts degree from Illinois Wesleyan University and a Master of Science degree from Illinois State University. John-Erik is a certified advanced evidence technician, school resource officer, juvenile officer, homicide investigator, and crisis intervention officer. John-Erik served as the Department's Public Information Officer and has taught a wide variety of topics from search and seizure to homicide investigations. He is a recognized expert in the investigation of identity theft and other financial crimes and has trained both law enforcement and private sector personnel in the detection and prevention of financial crimes. John-Erik currently serves as the Illinois High School Association's head soccer clinician. In this role he is responsible for the development and distribution of all educational materials used to train all high school soccer officials throughout Illinois. He is a former National Soccer Referee who still actively officiates at the high school level.

You kept everyone engaged with real experiences used as examples. With all your experience in law enforcement, you shared how you wish Peer Support existed long ago. It helps the younger generation, and even those soon to retire, end the stigma to admitting that law enforcement personnel sometimes need help. And there’s nothing to be ashamed of.

Class was very easy to follow along with and stay engaged throughout due to using the workbook as a guide through the videos and presentation.

A LOT of stuff was done right. George and John-Erik helped break the ice and getting rid of that stigma on day one. They kept the class engaged and made sure if anyone wanted to get something off their chest that it was a judge-free zone. I went into the class with high expectations and I got what I wanted and more. I can’t thank them enough for the great session and giving me the tools I need to bring back to my agency. Again, wonderful work and thanks again for an amazing class.

Having experienced instructors that know the police culture/mentality is amazing. They get the class involved and share their personal experiences. They genuinely care about the peer support team and are willing to help when called upon. Great class!

Class was very easy to follow along with and stay engaged throughout due to using the workbook as a guide through the videos and presentation.

The course instructors were amazing! Extremely relatable! They were retired LEO’s and showed a real passion for the curriculum. And I really appreciated that they made the environment feel like a safe space to share personal experiences and they were great at making everyone feel validated, as well as sharing personal examples of how to help others feel validated.